One dead, three injured in crash near Pablo 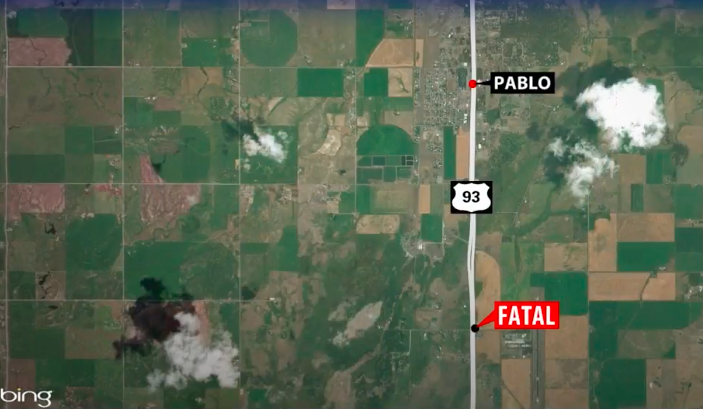 MISSOULA – One person died and three others were injured after a two-vehicle crash on U.S. Highway 93 south of Pablo on Saturday.

The Montana Highway Patrol reports the crash happened around 10 a.m. when the driver of a pickup failed to yield at an intersection resulting in a t-bone crash with another pickup.

Two 21-year-old men from Lodge Grass in one of the vehicles were injured in the crash while a 68-year-old man from Rexford who was driving the other pickup truck was killed.

His passenger, a 36-year-old man — also from Rexford — was hurt in the accident.

The MHP is investigating the accident, but authorities said alcohol is believed to have played a part in the crash.