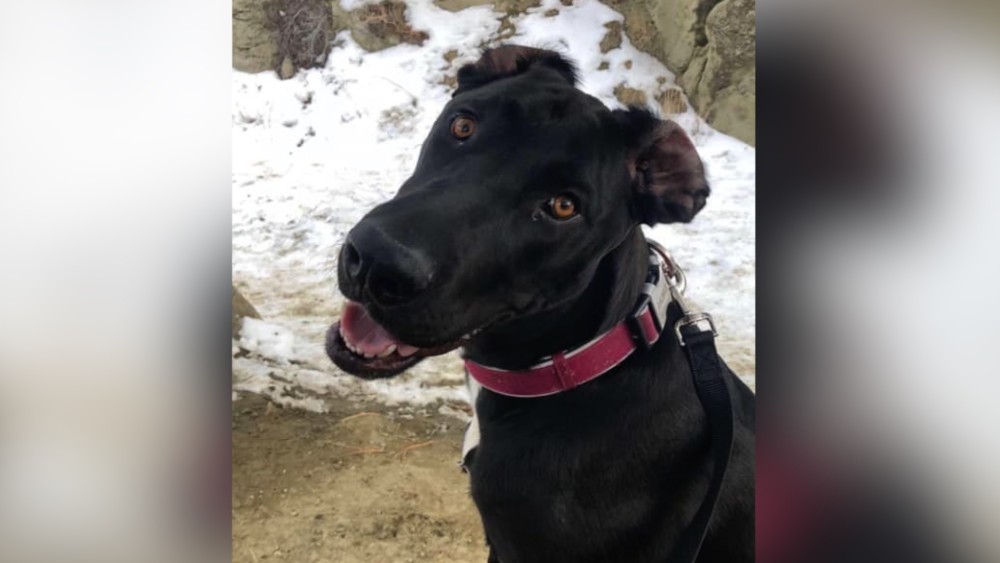 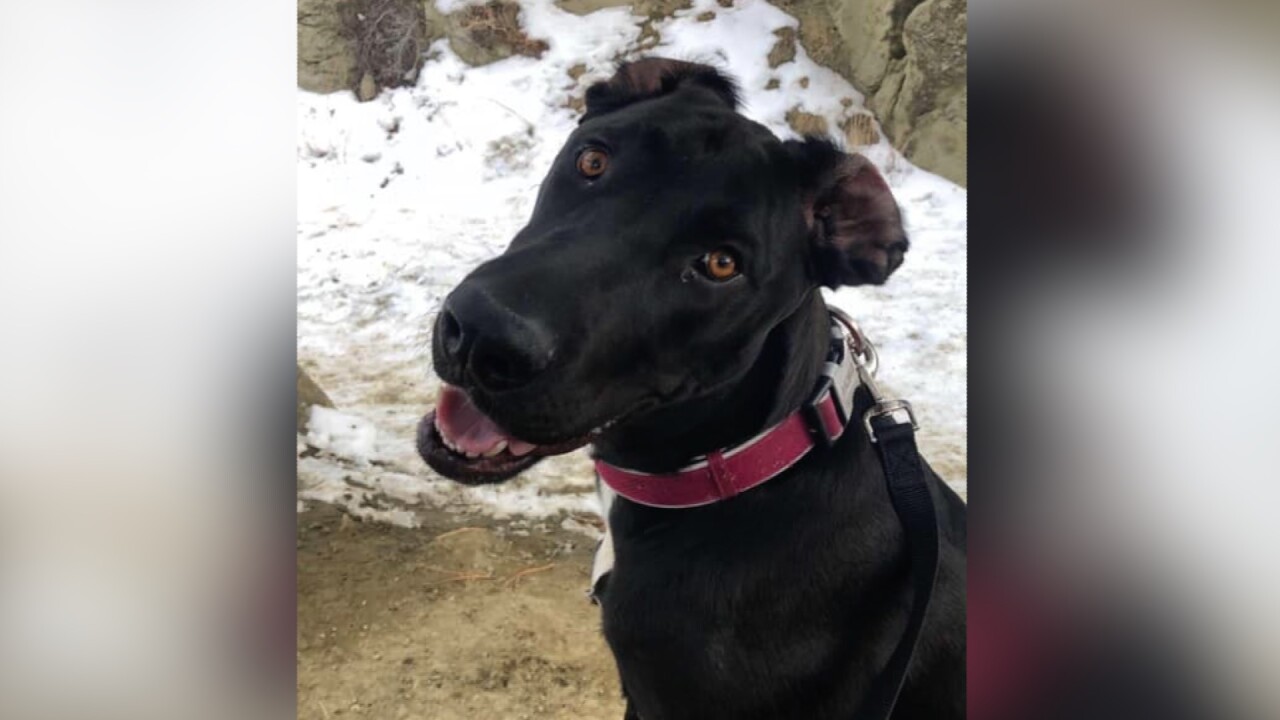 It’s an inspiring story from the communities of Livingston and Bozeman.

A Billings woman was involved in a rollover crash on the icy Bozeman Pass and her Great Dane went missing afterwards.

The community rallied together to get the dog back home.

To many of us, dogs are more than just pets; they are family.

So when Triniti Fryett found herself involved in a devastating rollover crash along a stretch of I-90, she thought she lost her Great Dane, Wally, for good.

“It was pretty crazy,” Fryett says. “I mean, it all happened so fast.”

To Fryett, it’s an experience that’s left her wondering how she made it out okay with 8-month-old Wally the Great Dane in tow.

“All of a sudden, I started fishtailing and then I couldn’t really do anything about it,” Fryett says. “Smacked the snowbank pretty hard and that’s when I rolled and that’s when the snow started pouring in.”

Fryett’s car came to a stop, leaving her reaching for her dog.

“He was in the car still,” Fryett says. “I tried to grab him but I couldn’t grab him.”

"I saw the accident,” Fryett says. “It must have been right as it happened because there wasn't an ambulance or anyone but there was a guy stopped."

Brady Kinser of Livingston was on her way home from Bozeman, minutes behind her.

"I kept seeing all of these people post,” Kinser says. “They were like, he's on the side of the pass where no one can get him. And I'm almost there. I was like I'm going to have to stop and try to get this dog."

Thankfully, Fryett says a man named Mason pulled her out of the snow.

The posts went viral, drawing hundreds of shares in only hours.

Then, the next morning, Brady saw him on her drive into work.

One by one, other people, from mechanics to passersby, began to stop.

"He started to come to us and then the train honked its horn and he ran away,” Kinser says. “It made him scared."

"I was driving up the hill and I had seen this gal chasing this dog up the hill, so I'm like, we're in the highway and it's busy, I figured I could stop, see if I could cut it off,” says Douglas Good, who also happened upon the effort to rescue Wally.

But that didn’t stop him or Kinser or anyone else.

"He just takes off down the side of the interstate and so we are out there, waving down cars,” Kinser says. “We're like, don't hit this dog!"

Finally, another man, David, was able to stop Wally in his tracks.

“I was scared that he was going to be hit by a car,” Fryett says. “He’s like my emotional support pet. We do everything together.”

And those who helped, like Kinser and Goods, say they would do it again to help a girl and her dog in need.

"At the end of the day, when you do something good for the community, it makes you feel good,” Good says.

“I just want to thank all of them,” Fryett says. “I’m really thankful for them.”