Girl born on 9/11 grows up donating boxes to troops 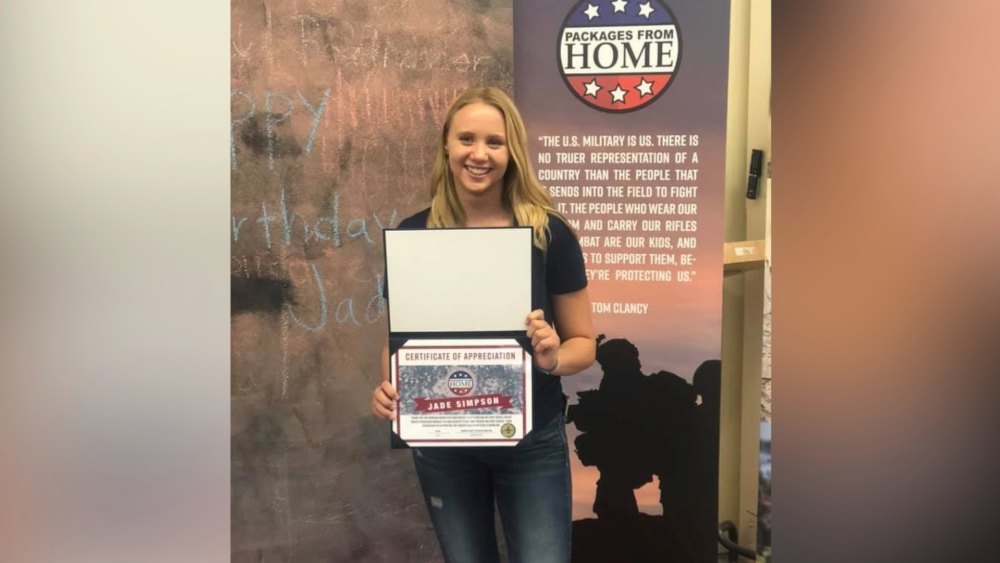 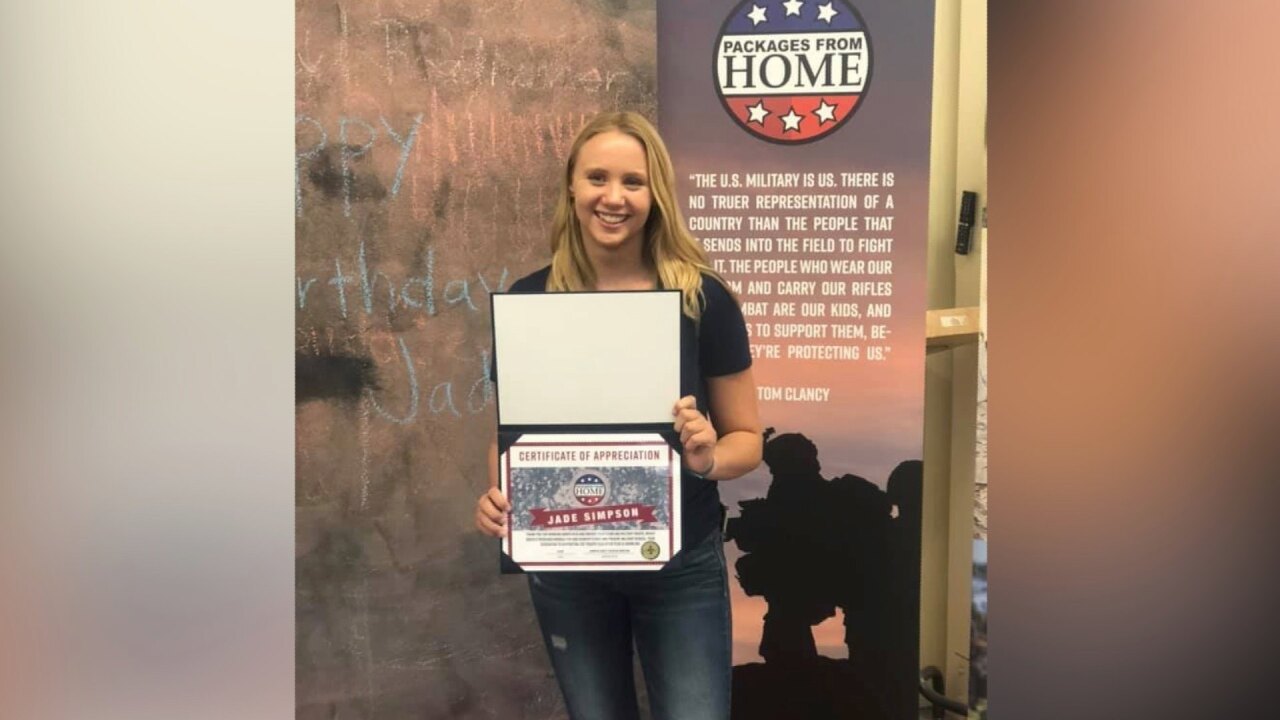 For everyone, September 11 comes to us differently, whether it’s remembering what happened to supporting our troops for the future.

One teenage girl has made that her birthday mission now for a decade.

Jade Simpson was only four years old when she first started to realize that people seemed to be sad on her birthday.

She, like others, shares her birthday with one of the most tragic days in American history.

But even as a toddler, that didn’t stop her from dreaming big.

“Her heart is showing exactly how big her heart really is,” says Chris Wlodkowski, Simpson’s uncle.

Since she was a little girl, Jade Simpson knew something wasn’t quite right with the numbers “9-11.”

Except that it was her birthday.

“I think I was, like, four,” Simpson says. “I was watching the news while I was eating breakfast and I saw this thing on the news about handing out a dozen roses.”

It was a small way for a small person to help, Jade thought.

“I started with doing little fundraisers with little parties, like, food drives or any, like, clothes,” Simpson says.

When she was eight, the idea grew more.

Jade and her family discovered Packages from Home.

“I was so in love with the group that I was working with and it meant so much because there were so many families, friends and the military,” Simpson says. “When I started doing it, it just took off.”

Instead of presents, Jade sends boxes, herself, alongside her family and other volunteers.

Her little sister even got involved, sending “Bones from Home” for enlisted dogs.

“Even to this day, people ask me, like, doesn’t it suck having your birthday on 9-11 and stuff and for me it is a happy day because, when I was four, I didn’t know what happened until later,” Simpson says. “It’s just such a tragic day for people. I feel like if I can do something to make it a little better, even if it’s like people don’t know what I’m doing, some people do.”

We heard about Jade through her uncle, Chris Wlodkowski, from Belgrade, a title he is proud to hold, watching his niece’s mission grow with her.

“Jade’s been raised right,” Wlodkowski says. “She doesn’t care about just herself. You don’t see that much anymore with teenagers and stuff, especially. I’m proud to be able to call her my niece. That’s great. It’s good on her. Her mom and dad have done a great job raising her and it definitely shows in her actions.”

“It really hit me, like, I don’t know, I’ve really come this far,” Simpson says.

This is Jade’s twelfth year in a row, helping the men and women fighting for our country.

But with every box, Jade hopes her mission will make even more of a difference.

“Knowing that I’m, like, doing something to honor those people, even thought it has been so long ago, I just feel really good about it because I feel like every year in school they do something for 9-11 but this year at my school, we didn’t talk about it,” Simpson says.

Jade’s mother, Trisha, has set up a GoFundMe page for people to help the 16-year-old’s efforts, moving forward.