Commissioners voted to transfer responsibility for large areas south and east of the Gates of the Mountains Wilderness to York Fire-Rescue. The areas are currently served by the Lewis and Clark County Volunteer Fire Department.

Leaders say the York fire station is much closer, so firefighters will be able to respond more quickly if there is an emergency in the area. Both departments supported the change, along with most of the landowners in the area.

The annexed area includes several ranches, but few structures. More than half the land is owned by the U.S. Forest Service, U.S. Bureau of Land Management, and Montana Fish, Wildlife and Parks.

The annexation will take effect in 60 days. 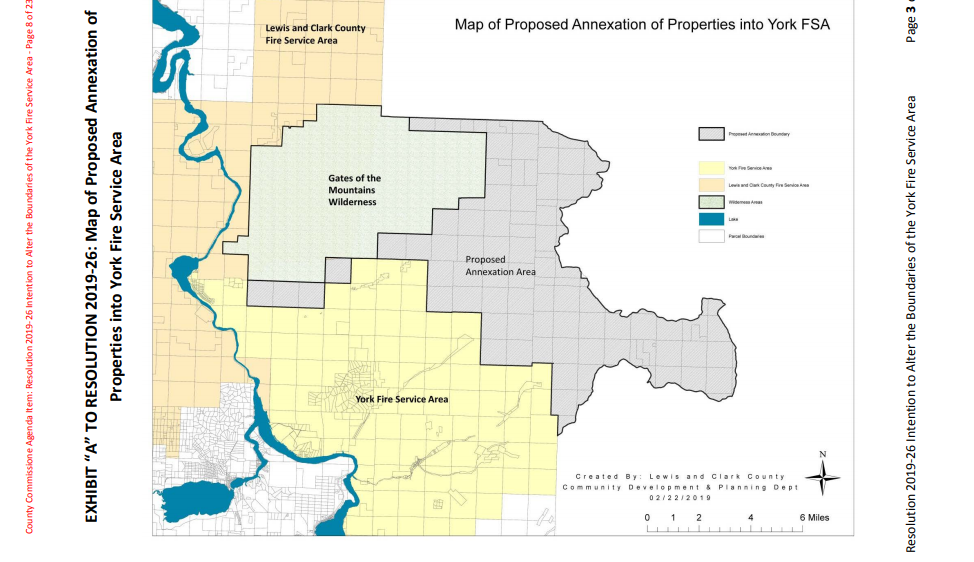 York Fire had asked the county for permission to annex an area north of their current service area and south of the Gates of the Mountains Wilderness.

Naylor told the commission the annexation makes sense as York Fire is much closer to the area, meaning their response times are quicker than Lewis and Clark.

“It just makes sense. We’re providing a better service than having Lewis and Clark County driving through Helena, Tri–Lakes Fire Service Area and then out through York,” Naylor said. “It’s probably going to save an hour worth of time just trying to get to the incident.”

According to Lewis and Clark County officials, 83 percent of taxpayers said they were in favor of being annexed into the York Fire Service Area. Half of the land being annexed into the area is owned by federal and state agencies. Commissioner Andy Hunthausen said the decision to annex makes “all the sense in the world.”

Lewis and Clark Fire will still be available to provide mutual aid on calls if necessary.

Residents and landowners in the area still have the option to protest the decision. In the coming weeks, the county will vote once again whether to approve the annexation. If approved, the fire service area will be expanded 60 days after approval.