HELENA – Voters in the Helena school district have made their choices on a property tax levy and on new members of the school board.

Voters approved a proposed increase in the district’s elementary school levy, 6950 to 5260.

The levy vote comes as district leaders have raised concerns that their budget could soon become unsustainable.

In the race for Helena school board, the top three candidates will be elected. The two candidates who appeared on the ballot, incumbent Libby Goldes and candidate John McEwen, are currently far in the lead. They are followed by eight write-in candidates. Siobhan Hathhorn is well ahead in the race for the final seat.

Lewis and Clark County leaders say they faced some additional challenges this election.

To handle the large number of write-in votes, they set up 8 three-person panels, each one tallying the votes for a specific write-in candidate.

This was also the first major election the county has run since the passage of a new state law that limits who can return another voter’s mail ballot. People who turned in someone else’s ballot had to fill out a registry form.

County election officials still have to count provisional ballots. Those will be added to the total next Monday.

The results will not be finalized until the county canvass, in two weeks. 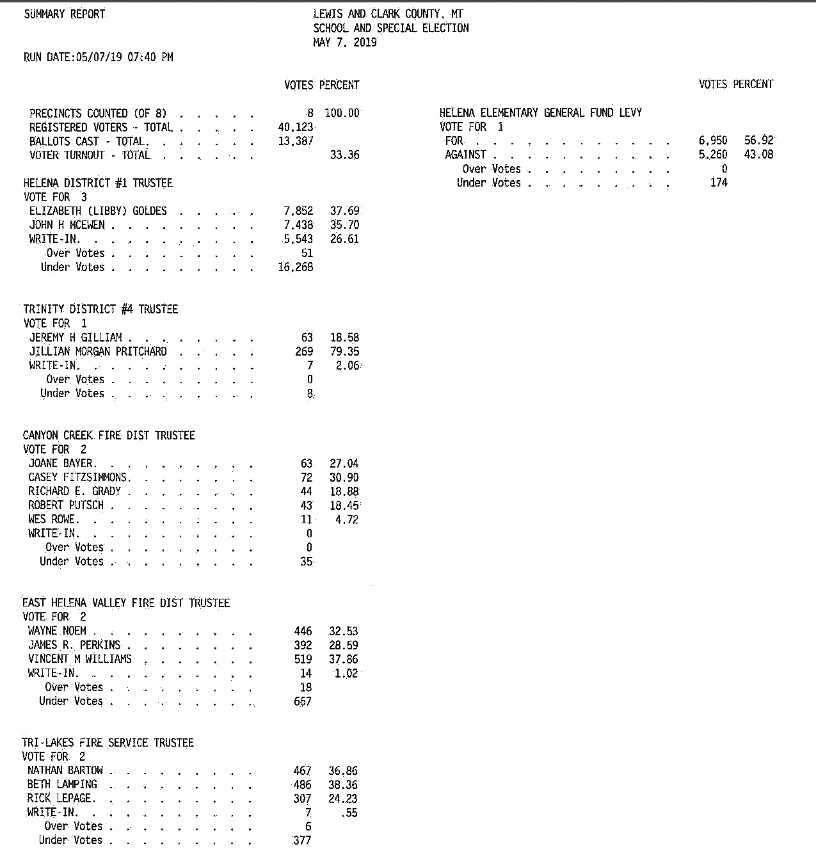 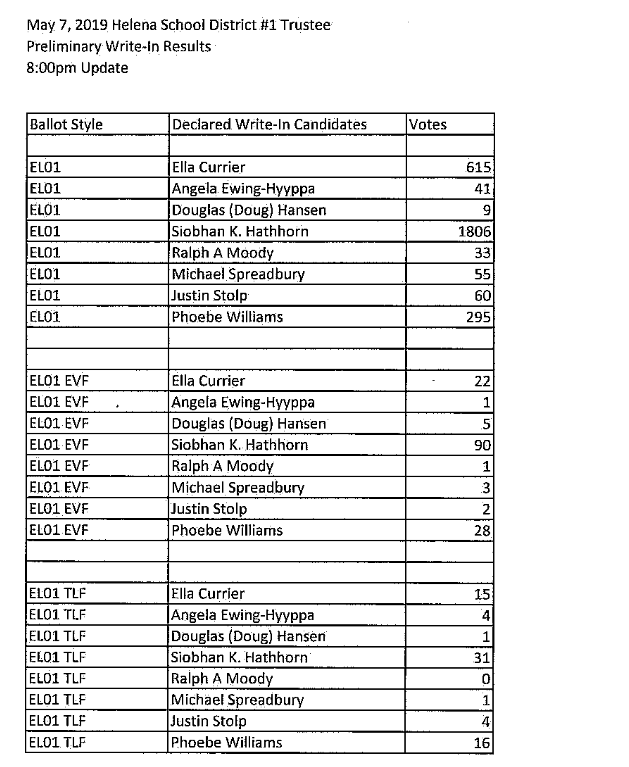