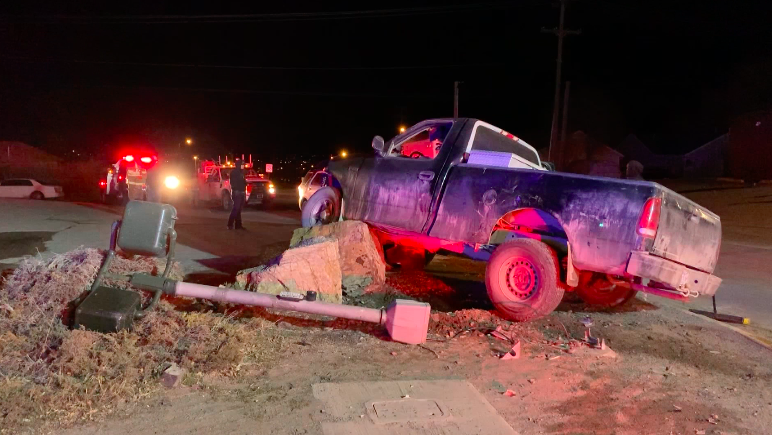 HELENA – Emergency crews responded to a two-vehicle crash in Helena Monday morning that took out a pedestrian walk signal.

The crash happened at the intersection of Euclid Avenue and Henderson Street shortly after 2 a.m.

The Helena Fire Department and Helena Police Department both responded. The two vehicles involved ended up on the sidewalk.

Authorities said airbags deployed during the crash, but no one was taken to the hospital.

There is no word yet on what caused the crash nor if anyone was cited for the incident.