HELENA— On Saturday, more than 100 fifth- through eighth-grade girls from around Montana got hands-on experiences in science, technology, engineering and math in Helena.

“We want girls to be exposed to a wide range of STEM careers – not just scientist and biologist, but also what is it like to be a mathematician, an engineer, and how they all work together,” said ExplorationWorks executive director Kelly Posewitz.

The event began with a keynote address from Marissa Goerke, a mechanical engineer who works as a research associate at Palmer Station in Antarctica. She spoke to the students live over video.

“It was a great chance for girls to learn about a career they maybe had never thought about,” said Posewitz.

After that, the girls broke up into workshops, where they tried out a variety of activities. They ranged from building bridges with candies to practicing a surgical suture using a banana. In many cases, the workshops were led by women who work in STEM fields.

“They got to do hands-on activities, to learn about what those professionals do on a regular basis and how they solve problems and how you use STEM to solve problems,” Posewitz said.

The Roundup wrapped up in the afternoon with several science demonstrations. 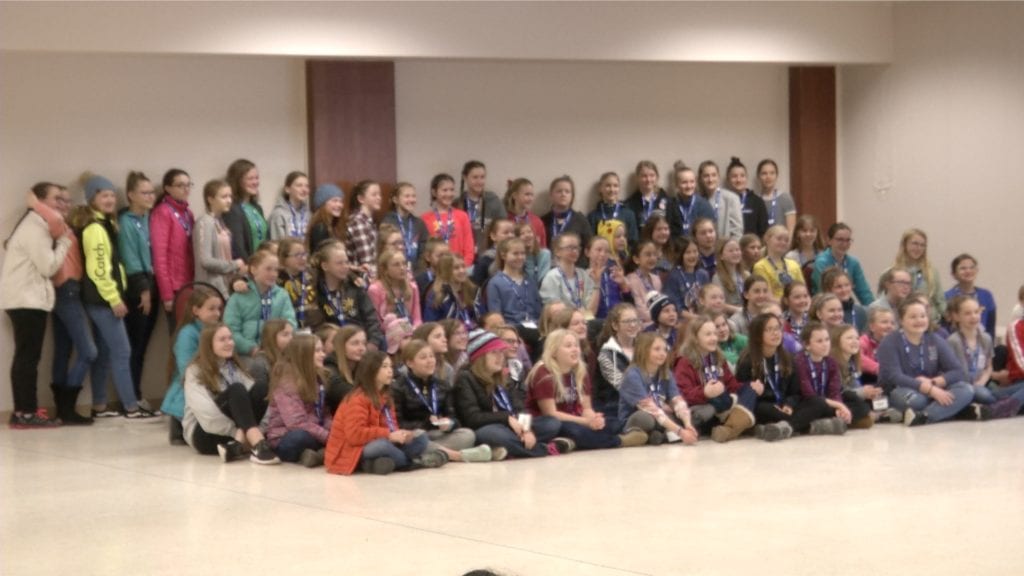 Posewitz said this is an important age for girls to be exposed to STEM.

“A lot of times when girls are in middle school, they start to lose interest in science or they feel like they’re maybe not as strong as the boys in their class,” she said. “So to build confidence and give them the skills now when they’re in middle school will really help them in high school and in college.”

She hopes the STEM Roundup can show girls all the ways they put these skills to use.

“I hope girls just get a chance to see what STEM is all about and all the different fields that are available, so they can start to think about their future – and also just to think like a scientist, to ask questions and be critical thinkers,” she said. “Not everyone’s going to be a scientist, but they can certainly think like one.”