(UPDATE 10 p.m.) The Missing Endangered Person Advisory for Gage Masse has been canceled. He has been safely located.

(1st Report, 9:11 p.m.) The Montana Department of Justice has issued a Missing/Endangered Person Advisory for a 10-year-old Helena boy.

At approximately 6 p.m., Gage left on foot from the 500 block of South Lamborn Street. There is concern for his safety due to the severe winter weather conditions, according to the advisory.

The MEPA has been launched in Helena, Lewis and Clark County, and Jefferson County.

If you have any information about Gage’s whereabouts, please contact the Helena Police Department at (406)447-8461 or call 911.

Correction: This article previously stated Gage was 9-years-old. The Helena Police Department has confirmed that Gage is 10-years-old. 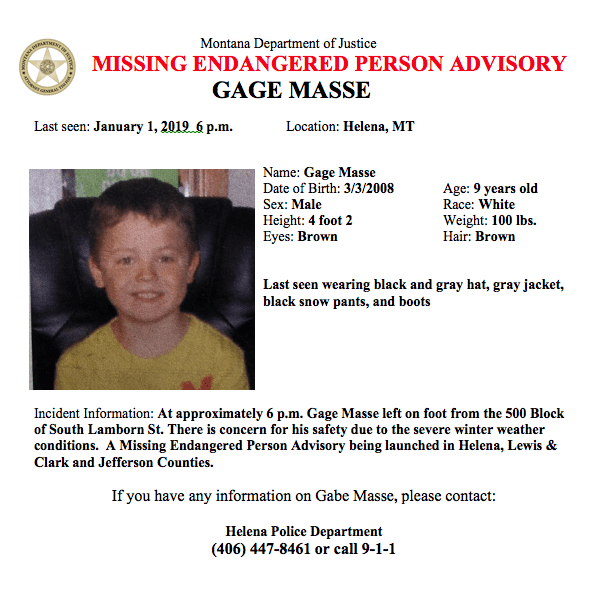