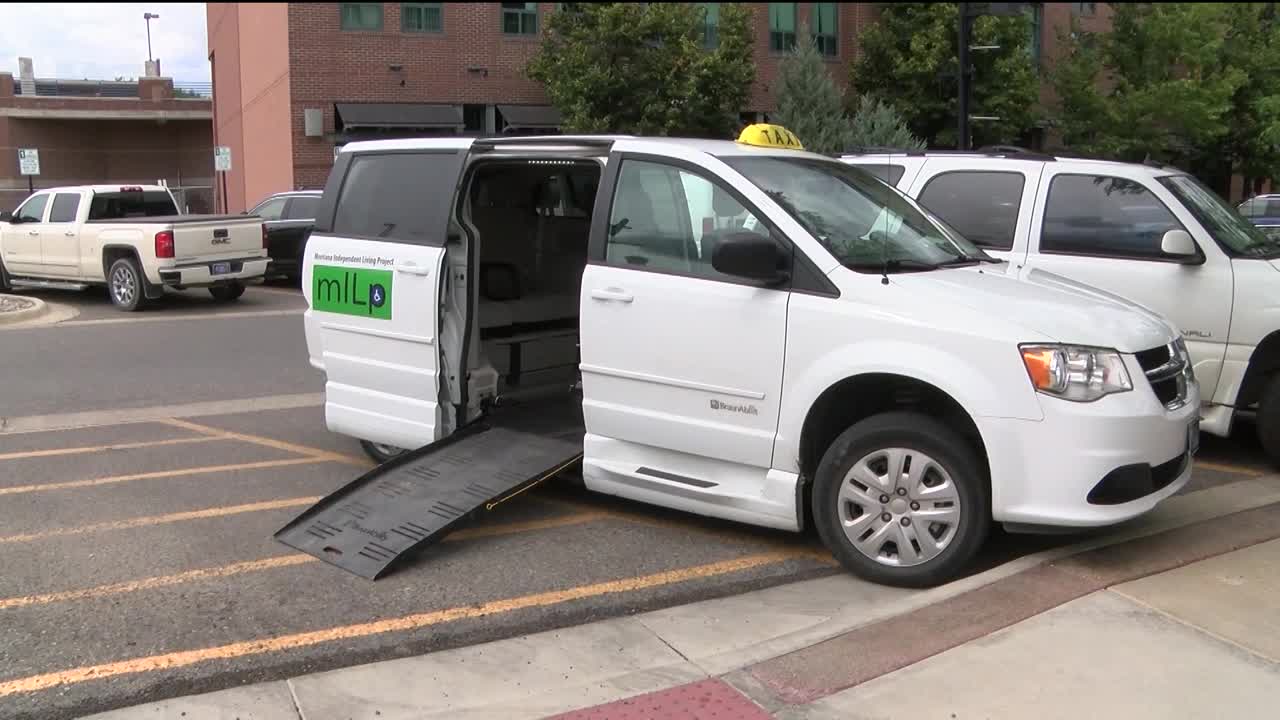 The 24/7 service was created in 2014 and helped those with mobility issues find rides outside of the normal hours of the City of Helena’s paratransit service.

MILP Advocacy Coordinator Joel Peden said each year they had to cut back of services offered and unfortunately had to make a hard decision.

“We’ve just reached a point where funding hasn’t come through like we thought it would,” said Peden. “We had hoped to be able to tap into what’s called TransAid funding, senior and disabled funding through the Department of Transportation and the City of Helena, but we were unable to secure any of that and as sad as it is we have to put this to an end.”

“There’s a lot of people that really came to depend on this service because they have no other option, especially if they’re in a wheelchair,” noted Peden.

Peden said the program served anywhere from 200 to 400 rides a month depending on the season.

The voucher service cost around $16,000 to run the program. Riders do participate in a portion of the taxi fare while grant money was used to offset the rest.

MILP say one of the big appeals of the program was that, unlike the City’s current paratransit service, the Capital Taxi Voucher Service operated at night and on the weekends.

“This service gave them the opportunity to get to the grocery store, to go to the doctor, go see their friends and family,” explained Peden. “Now the risk becomes someone being more isolated, and isolation is one of the biggest barriers that people with disabilities face.”

MILP said if in the future they are able make funding work, they’d love to have it back.

The van used by Capital Taxi for the voucher service will still be available for those in wheelchairs, but at full fare price.

The Montana Independent Living Project is currently in litigation with the City of Helena after the City denied funding for MILP transportation programs.

The non-profit claims the City denied funding out of retaliation over a complaint they filed in 2015 against the City with the Human Rights Bureau over new bus routes.

That same year the Helena Area Transportation Advisory Committee had recommended funding be provided to the nonprofit but the City of Helena Commission reprioritized funding into the City’s own programs.

The City of Helena provided this written response to the story:

“The City is compliant with all federal regulations regarding public transportation systems. Beyond this, we are unable to provide comment due to ongoing litigation. As always, we welcome the Montana Independent Living Project to be involved in any and all future conversations related to the provision of City services.

Anyone interested in utilizing City transit services is welcome to review policies via the Capital City Transit website. http://www.ridethecapitalt.org/policies/ ”

In 2014 the City of Helena moved from their Dial-a-Ride system to a paratransit service bus.

The bus runs from 6:30 a.m. to 5:30 p.m. Monday through Friday and will provide origin to destination service within City Limits.

Paratransit currently has 902 approved customers and has provided more than 23,800 trips/rides since January 1, 2019.

More information about the services provided by Capital Transit can be found on their website here. http://www.ridethecapitalt.org/