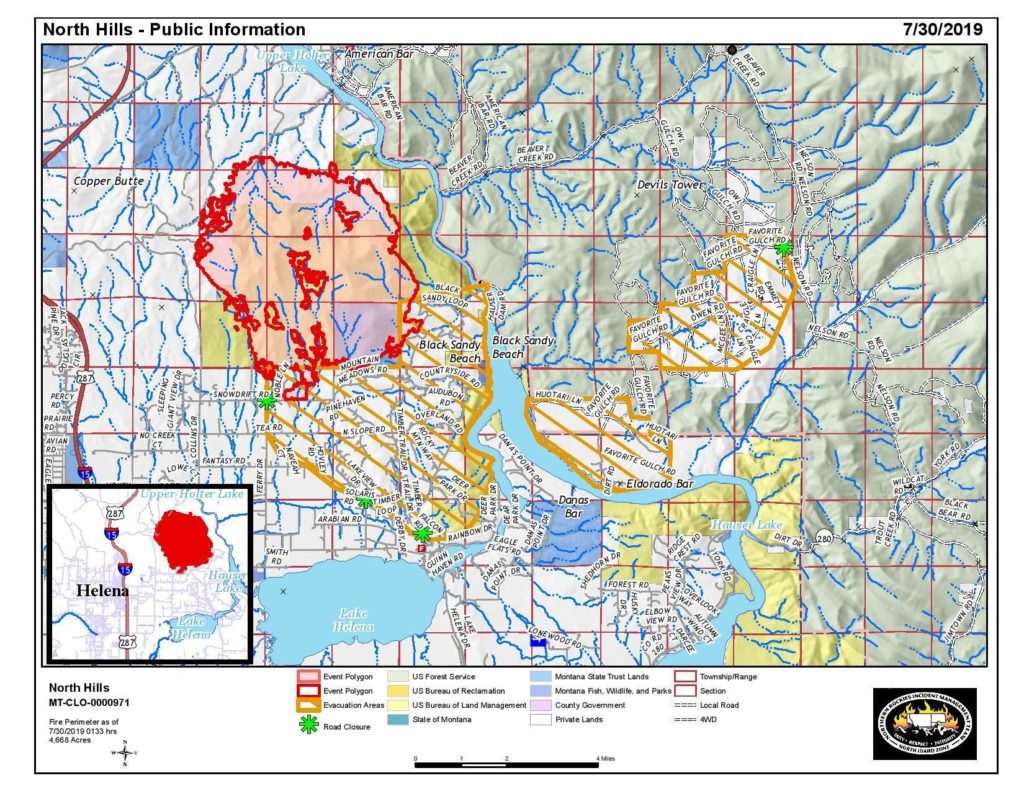 Near the small town of York, two wildfires, the Devil’s Tower and Owl Gulch fires, prompted the evacuation of about 15 homes, according to Lewis and Clark County Sheriff Leo Dutton. Officials with the Type Two Incident Management team in charge of one of the fires near York told MTN Wednesday those evacuations remain in place.

The Kelly Gulch fire, burning about five miles west of Clancy, burned about 15 acres. According to the Clancy Volunteer Fire Department, crews were on scene throughout the night and early morning and are now in mop up operations. No structures are threatened.

Southeast of Lincoln, a small wildfire is burning in heavy and dead fuels near the head of Washington Creek near Helmville Gould Trail.

Meanwhile, the largest and most threatening fire, the North Hills Fire, has burned more than 4,600 acres and is 15 percent contained. A public meeting is scheduled for Wednesday night at 7 p.m. at the Helena Valley Community Center on Tizer Road.

This is developing story. Check back for updates.