CDC director: Vaccine may not be available to the general public until summer 2021 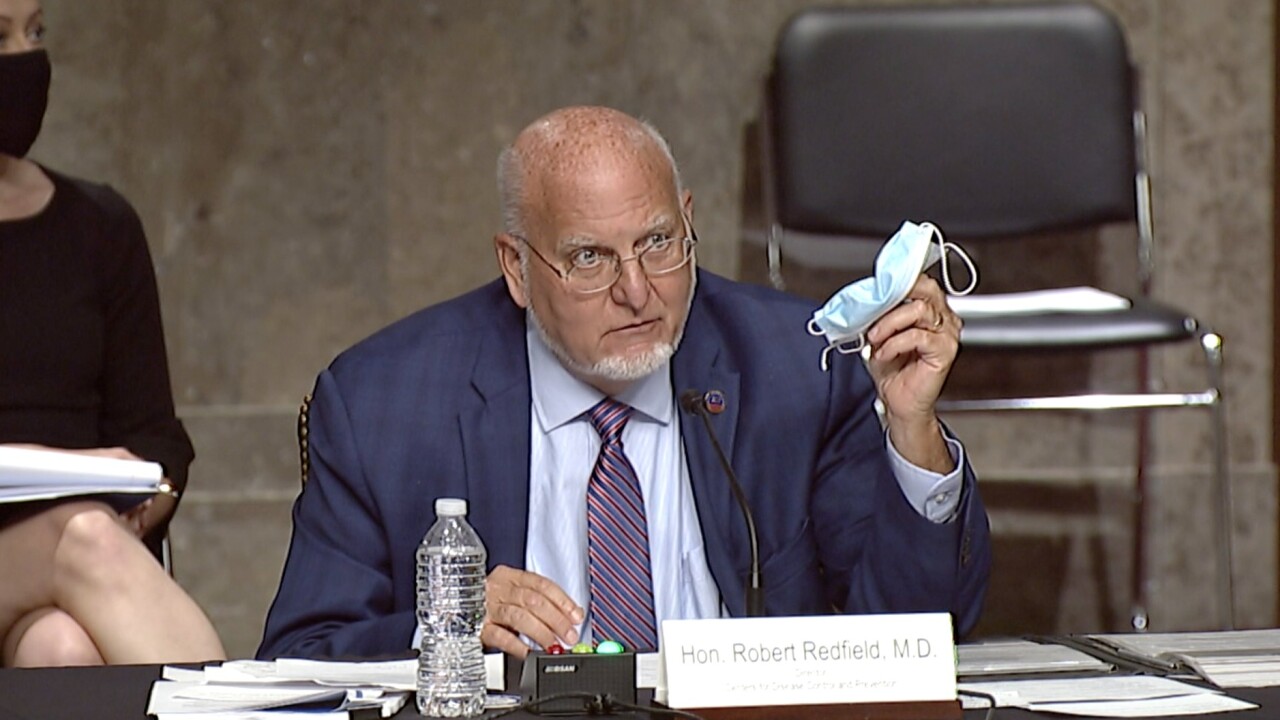 WASHINGTON, D.C. – The head of the Centers for Disease Control and Prevention told lawmakers Wednesday that face masks are “the most important, powerful public health tool we have” against the coronavirus and they might even provide better protection than a vaccine.

The CDC director, Dr. Robert Redfield, made the comments during a hearing before the U.S. Senate Appropriations Subcommittee on Labor, Health and Human Services, Education, and Related Agencies.

“I will continue to appeal for all Americans, all individuals in our country, to embrace these face coverings,” said Redfield. “I’ve said it, if we did it for 6, 8, 10, 12 weeks, we’d bring this pandemic under control.”

“I might even go so far as to say this face mask is more guaranteed to protect me against COVID than when I take a COVID vaccine,” said the CDC director.

Redfield was also asked about when a potential COVID-19 vaccine would be available to the general public, for which he answered – late in the second quarter or the third quarter of next year, which would be between June and September 2021.

“I think there will be vaccine that will initially be available sometime between November and December, but very limited supply and will have to be prioritized,” said Redfield. “If you’re asking me when it will be generally available to the American public, so we can begin to take advantage of vaccines and get back to our regular life, I think we’re probably looking at late second quarter, third quarter 2021.”

Redfield says the first supply of vaccines will likely go to first responders and those most vulnerable to the disease.

Later in the day, President Donald Trump held a press briefing, during which he was asked about Redfield’s comments and said that the CDC director may have been confused or made a mistake. He doubled down on saying that a vaccine will be available before Redfield’s timeline.

“I think he made a mistake when he said that,” said Trump. “That’s just incorrect information. I called him and he didn’t tell me that and I think he got the message maybe confused, maybe it was stated incorrectly. No, we’re ready to go immediately as the vaccine is announced and it could be announced in October, could be announced a little bit after October, but once we go, we’re ready.”

On Twitter, Redfield went on to clarify the statements he made in the hearing, saying he 100% believes in the importance of vaccines, especially the COVID-19 vaccine.

“A COVID-19 vaccine is the thing that will get Americans back to normal everyday life,” he wrote. “The best defense we currently have against this virus are the important mitigation efforts of wearing a mask, washing your hands, social distancing and being careful about crowds.”

Click here to learn more from the CDC about how to protect yourself and others from the coronavirus, which has killed more than 197,100 people across the nation, according to a tally by Johns Hopkins University.