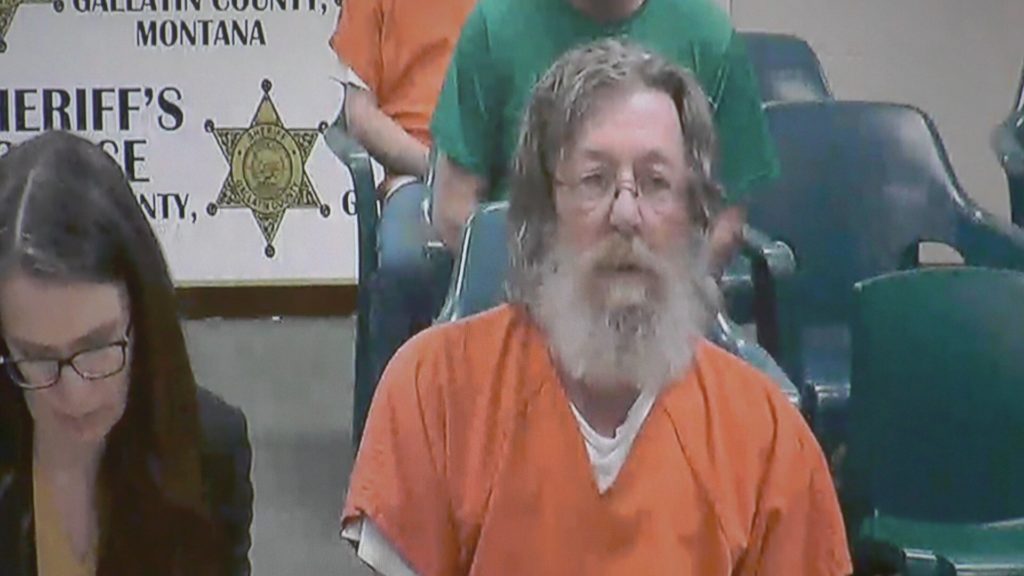 BOZEMAN – A Bozeman man was charged with deliberate homicide after he reportedly shot a woman Thursday night.

William Fredrick Bailey, 56, appeared in Gallatin County Justice Court Friday morning and his bail was set at $1 million. Bailey could face up to 100 years to life in prison on the charge of deliberate homicide.

According to charging documents, at approximately 8:11 p.m. Bozeman Police officers responded to a 911 call from the Wagon Wheel mobile home park in the 2220 W. Main St. The reporting party said they heard two gunshots and saw a woman lying in the driveway of a nearby residence. They also saw a man approach her and drop a towel on top of the woman before returning to the home.

Upon arrival, the officers saw a woman on the ground and Bailey walking down the front porch steps, holding a firearm in his hand. Officers ordered Bailey to drop the weapon several times before he did so. Bailey was then placed into handcuffs and secured in a patrol car.

The woman was transported to Bozeman Health Deaconess Hospital by ambulance with a gunshot wound to her abdomen.

At approximately 2:15 a.m. Friday, the woman died during emergency surgery.

During questioning, Bailey waived his rights and spoke with law enforcement. He said the woman moved in with him in approximately 2016 and they did not have history of arguing until she began spending time with another man.

Bailey reportedly said he was upset the woman was seeing someone else.

After Bailey and the woman went grocery shopping earlier Thursday, he returned home and began drinking alcohol and the woman left to spend time with the man she had been seeing. Bailey allegedly told officers this upset him.

At approximately 7 p.m. the woman returned to the home and Bailey told her she should move out and that he was going to throw her belongings out of their residence.

Bailey reportedly told officers the woman told him she was going to have someone visit him, which he felt was a threat.

After the woman left, Bailey retrieved a Ruger firearm and then began to throw the woman’s belongings out of the residence into the driveway. Shortly after he began to remove her belongings, he told officers she threw something at the door. Bailey said he opened the door, removed the Ruger from his waistband and fired two rounds toward the woman. Bailey said the woman fell to the ground after he fired the second shot. He then returned to the residence where he got a towel and placed it on the victim’s wound.

This is a developing story and will be updated as more information becomes available.