The charges stem from pictures recently seized on Jensen’s home computer. Jensen’s next court date was set for January 28.

The case began in September after the Custer County attorney became aware of the allegations from media reports.

Jensen worked as a trainer at the Miles City Unified School District starting in the 1970s. Numerous victims came forward in a civil lawsuit with sexual abuse allegations that happened at the school and at Jensen’s home.

However, the alleged abuse took place outside the statute of limitations, so prosecutors said they likely couldn’t prosecute Jensen.

Late Monday evening, the lawyers representing now 31 men who claim they were sexually abused as teenage 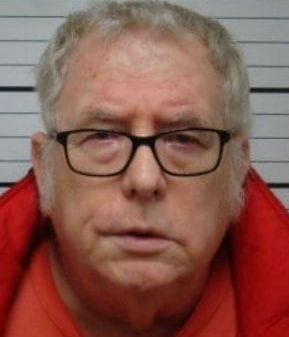 In September, when the complaint unloaded serious accusations against Jensen, 19 men were listed as victims in the case. Now 12 more men who have come forward saying they too, were victims of a ritual and sophisticated sex abuse pattern by Jensen.

Now the victims’ lawyer John Heenan, a Billings attorney, is calling one piece of evidence in the case the “smoking gun” in their lawsuit against the district.

In September, a civil lawsuit was filed in Custer County District Court alleging Jensen sexually abused male students at Custer County High School in Miles City starting in the 1970s until he left employment with the school district in 1998.

The suit alleges the school district knew of the Jensen’s abuse and refused to act.

Heenan said a written letter stipulating workplace guidelines to Jensen was obtained a couple weeks ago through the process of discovery in the case.

The letter to Jensen is from 1997 and written from the Miles City Unified School District instructing Jensen to follow certain criteria after three different complaints were forwarded to the district from three male athletes.

One says Jensen must refrain in working with students one on one. Another instructed that Jensen was not to give body rub downs unless a third person was around to remain a line of sight.

Also in the letter, Jensen is told to cease his “mentoring program” and that students athletes should no longer be invited to Jensen’s home without another adult present.

According to the original lawsuit, Jensen was an athletic trainer with the school district for the Custer County Cowboys athletic teams and used that position of trust to sexually abuse male students between the 7th and 12th grades.

Much of the abuse started during annual physical exams the students were required to take to participate in sports activities. Jensen was not a medical doctor but would check for hernias during students exams, “which involved the handling of the students’ testicles and genitals,” the lawsuit states.

The sexual abuse happened both on school grounds and in several homes in Miles City where Jensen lived at different times, the lawsuit states.

In response, to the lawsuit filed back in September, Miles City Unified School District launched a lawsuit of its own. It claims Jensen made intentionally false representations regarding parent complaints, with the intent that the school district would rely on those statements.

The countersuit also said the district had no knowledge of Jensen’s true activities.

Although the number of victims who have come forward in the case now totals 31 plaintiffs, Heenan says there are dozens more, some who are still silently suffering.

Jensen was employed with the district for about 30 years, meaning hundreds of students could have been impacted by the alleged abuse. Heenan says time for victims to come forward in a legal way is running out as the judge in the case has a deadline of  Feb 28 for additional parties to join.

Jeana Lervick, the attorney representing the Miles City Unified School District in the case, told Q2 News in an email, “The District will be opposing all of the Plaintiffs’ motions.  We disagree with the facts presented and have been more than complying with discovery.”