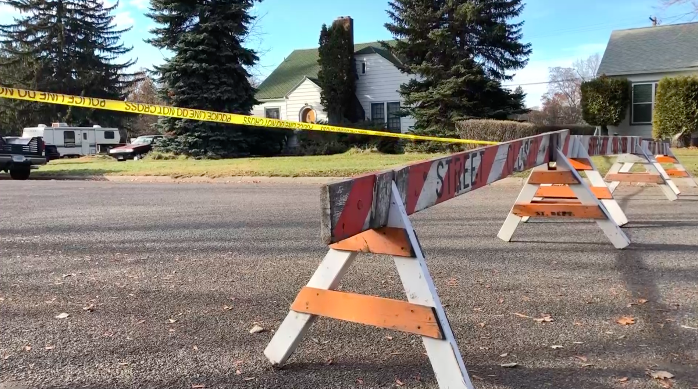 MISSOULA – New details emerging in court documents appear to indicate the woman who died in a November shooting incident with Missoula Police may have intended to die via law enforcement gunfire, otherwise known as “suicide by cop.”

According to a search warrant obtained by an officer with the Montana Department of Justice’s Division of Criminal Investigation, Missoula Police received a call on November 18 indicating that Janessa Cooper, 49, had made threats with a weapon and was planning to commit a “Blue Suicide,” meaning she was planning on provoking law enforcement into shooting her.

When police arrived at the house on the 600 block of Blaine Street that morning, investigators say Cooper opened the front door armed with a 1911 style .45 caliber handgun.

Court documents state that MPD officer Joseph Burger took up a defensive position behind a parked vehicle. Investigators say that when Cooper pointed the revolver in Burger’s direction, the officer fired several rounds at her.

When officers entered the home, they discovered Cooper dead with a gunshot wound to the head.

It is unknown at this time whether the fatal round was fired from Burger’s weapon, or was a self-inflicted wound by Cooper.

Burger is currently on administrative leave with pay pending an investigation from the Montana Department of Justice.

(November 19, 2018) The person who died after being shot on Sunday has been identified as Jenessa M. Cooper of Missoula;  she was 49 years old.

The Missoula County Sheriff’s Office released the name on Monday.

On Sunday, officers responded to a residence in the 600 block of Blaine Street to a reported disturbance where a gun was fired inside a home. They encountered a person with a gun and shots were fired.

Missoula Police Sergeant Travis Welsh says it is not clear how Cooper died, and it remains under investigation whether or not an officer fired the shot that killed her.

Since at least one officer was involved, Missoula Police passed the case onto the Montana Department of Justice’s Division of Criminal Investigation Monday.

“And that’s not uncommon. An agency will often invite an outside agency to come in and evaluate, just for an outside perspective. And so we’ve worked on a number of these types of cases,” said Montana DOJ Communications Director John Barnes.

Barnes says their investigation will be extensive.

“That involves a number of different things, including: interviewing everyone who was involved, any potential eye witnesses, examining the scene of the incident, looking at any forensic evidence, and once all of that is complete, then the investigative file will be given to the Missoula County Attorney’s Office, and a coroner’s inquest will be scheduled.”

Barnes adds that, because of the complexity of these types of cases, it is impossible to give an exact estimate into how long an investigation will take to be completed .

“Each case is unique and all of the circumstances involved are unique and so we really can’t even give a ballpark because, in my experience, some take a certain amount of time, others might take longer it really does run the whole spectrum in terms of time frame so I can’t give an estimate at this point.”

Barnes says it will be up to the MPD to identify any officers involved as the investigation wraps up.

Welsh says that per department policy, the officer involved in Sunday’s fatal shooting is on paid administrative leave.