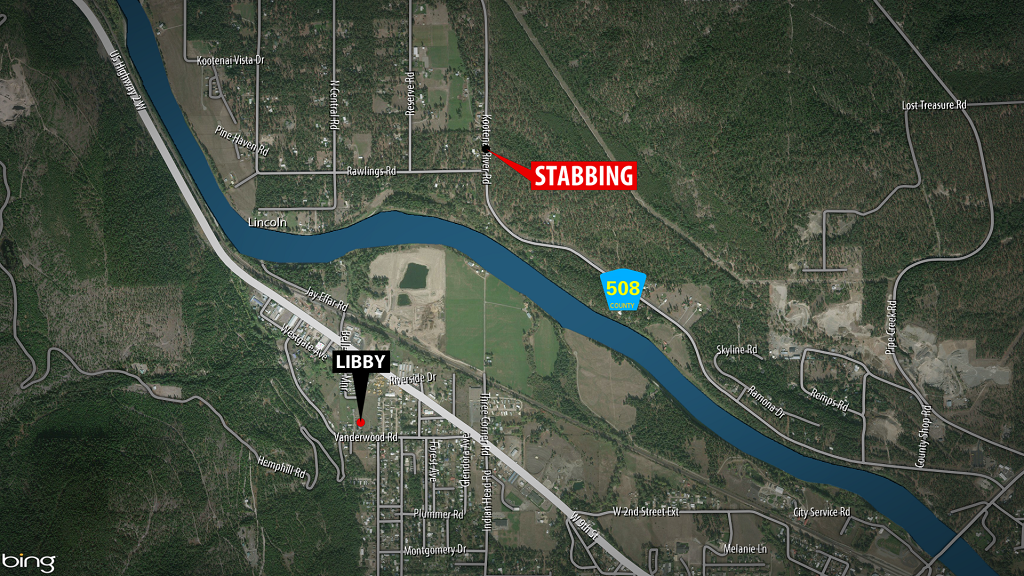 (MISSOULA) Michael Borchardt Robertson, a 24-year-old man Yakima, Washington, has been charged with attempted murder in the stabbing of a Libby man.

Lincoln County authorities say that on Sunday afternoon Doug Crum was walking on the Kootenai River Road Trail when he says he was attacked from behind and stabbed numerous times.

Crum was able to fight off the attacker, later identified as Robertson, by using bear spray.

Crum sustained more than 10 stab wounds, including one that punctured a lung, all of which had the potential to cause death, according to authorities. Both of Crum’s lungs collapsed.

Roberston was charged on Tuesday with one count of attempted deliberate homicide.

In court documents, Crum told authorities he saw his attacker at the trailhead digging in a green duffel bag.

According to court documents, the responding deputy found Crum’s ripped orange vest, a used can of pepper spray, and clothes stained with what appeared to be blood.

While deputies approached the scene, Robertson walked out of the woods within 20 feet of the vest, knife, and can.  Deputies also reported Robertson’s clothing had stains consistent in appearance with being bloodied.

Robertson told authorities he was stranded in Lincoln County after his vehicle ran out of fuel.  He said he was eating blueberries and had stayed the night out in the woods.