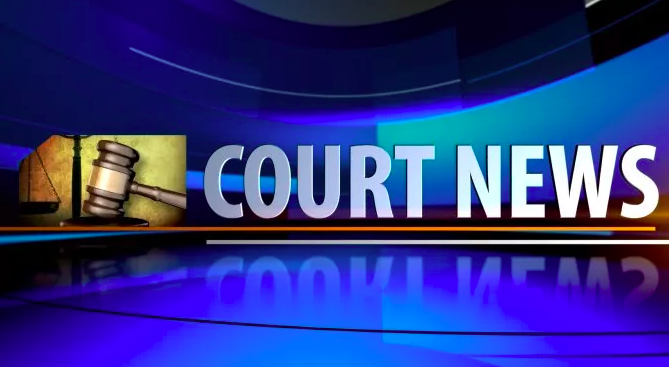 Donald E. Wood, Jr. of Baker, and his trucking company, Woody’s Trucking LLC, were sentenced in U.S. District Court for convictions on multiple charges stemming from a 2012 explosion at an oil and gas processing facility in Wibaux, according to the Department of Justice.

A federal jury convicted Wood and his company on 13 of 14 counts after an eight day trial in May. Both defendants were convicted of conspiracy, wire fraud, mail fraud, obstruction of justice and hazardous materials shipping paper and placarding violations. The one count of acquittal related to a placarding violation.

In a sentencing memo, Assistant U.S. Attorney Bryan Dake said the case was about Wood “engaging in deceitful, fraudulent and dangerous conduct, manipulating his otherwise legitimate business practices, in order to line his own pockets.”

A press release states the case arose after a December 29, 2012 explosion at Custom Carbon Processing, Inc.’s facility in Wibaux, in which three employees were seriously injured. A driver for Woody’s Trucking had loaded natural gas condensate, or “drip gas,” from a pipeline station in Watford City, N.D., and hauled it to Custom Carbon Processing, a facility that processes and recycles slop oil.

Previous bills of lading that accompanied Woody’s shipments falsely identified the product as “slop oil and water,” which is a non-hazardous substance.

On the date of the explosion, the driver was pumping from the truck’s front tank into the CCP facility, when flammable vapors from the drip gas ignited and caused an explosion, injuring three employees. The tanks on the truck burned for eight days.

It was determined later that the truck contained drip gas and not slop oil and water. Drip gas is a hazardous material and the truck was not placarded to indicate it held a flammable liquid.

Witnesses at trial testified that Wood, the CEO of the trucking company, directed the driver to place a falsified bill of lading in the burned out truck several days after the explosion. The reason was to cover up the fact that the company was hauling drip gas without placards, according to the press release.

The false bill of lading also was submitted to the company’s insurance company and to the Occupational Safety and Health Administration. In addition, the company had no insurance coverage for hauling drip gas.

Later, employees of the burned facility sued Woody’s Trucking, the owners of the CCP facility and others for negligence in a civil action. Woody’s submitted the lawsuit to its insurance company for payment of costs, attorney fees and payment of the eventual settlements to the injured workers.

The insurance company agreed to settle the claims, but always maintained that Woody’s Trucking failed to disclose that it was transporting hazardous materials.

(May 23, 2018) An Eastern Montana trucking company and the Baker man who owns the company have been convicted of intentionally mislabeling records related to transporting explosive materials.

Woody’s Trucking, LLC and Donald Wood Jr. were found guilty Tuesday at the end of an 8-day trial in U.S. District Court in Billings on 13 of 14 counts, including wire fraud, conspiracy, mail fraud and obstruction of justice.

The charges stem from December 2012, when a driver for Wood’s Trucking loaded natural gas condensate, known as “drip gas,” from a pipeline station that transports products from the Bakken oil fields.

The gas was transported from North Dakota to a slop-oil processing and recycling company based near Wibaux.

The “bill of lading” that accompanied the shipment identified the product as “slop oil and water,” which is a non-hazardous substance.

While the driver was pumping the substance from the truck’s front tank in the facility, a fire ignited and injured three employees.

The tanks on the truck burned for eight days until the fire department determined the truck actually contained drip gas instead of the slop oil and water the bill of lading claimed.

Drip gas is a hazardous material that led to three serious injuries.

According to a press release from the Montana Department of Justice, witnesses testified at trial that Wood directed the driver to place a falsified Bill of Lading in the truck days after the explosion to cover up the fact that the company was hauling drip gas without placards.

The company was not insured to haul such hazardous materials, according to court documents.

Employees of the burned facility sued Wood’s Trucking for negligence.

A sentencing date has yet to be set.