2 people charged with endangering the welfare of children 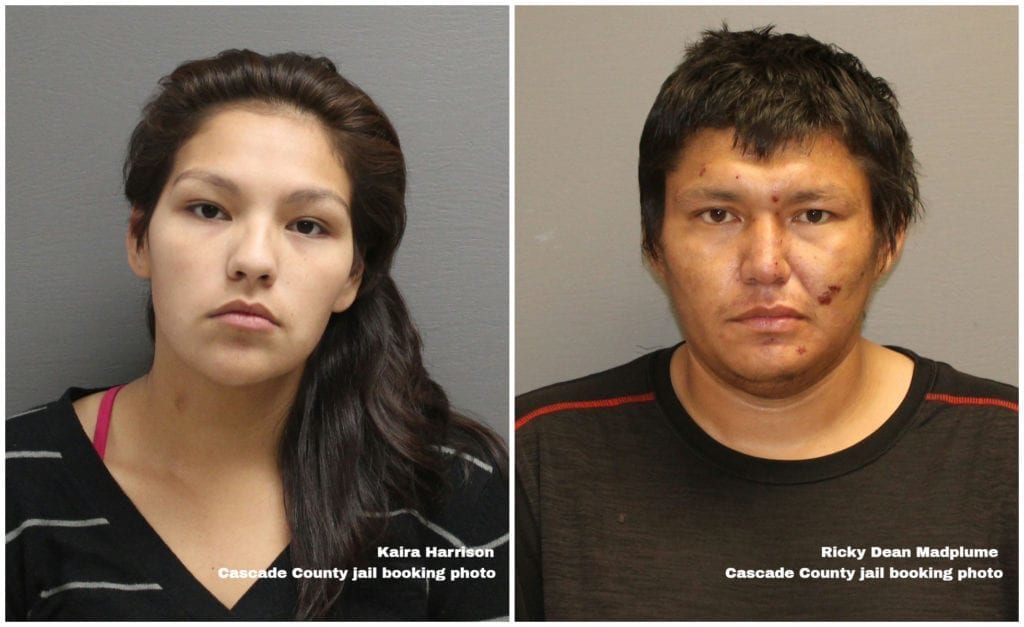 Kaira Harrison and Ricky Dean Madplume have each been charged with two felony counts of endangering the welfare of a child.

In May 2018, child-welfare officials with the state Department of Family Services notified police of what they believed to be suspicious bruising on the bodies of a 1-year-old child and two 7-month old twins.

The charging documents state that one of the twins had a small bruise to the right rib cage area, and possible bruising to the bottom lip and right shoulder blade area. The other twin had a circular bruise on the right side of the forehead.

The documents also state that both twins had “an obvious flat spot to the back of their heads.”

Court documents also allege that the twins are “physically behind” in their development as they did not yet have enough strength to hold up their own heads.

Medical providers found a healing fracture on one twin’s leg.

Hair samples from all three children tested positive for exposure to meth, according to the court documents.