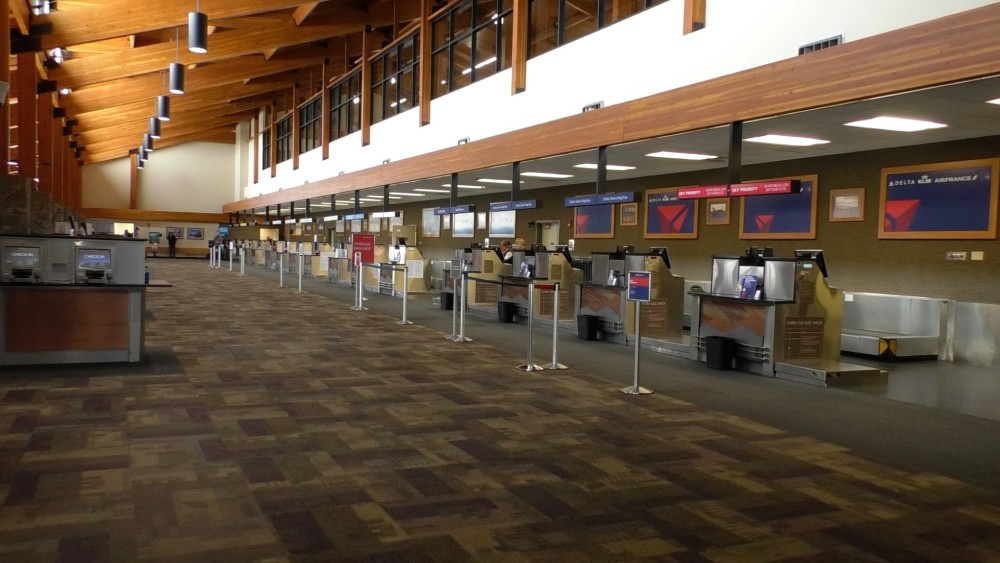 A deserted airport is not typically what you'd expect to see around noon on a normal day. But that's exactly how it appeared at the Bozeman Yellowstone International Airport Tuesday.

"Over the past couple of weeks, we've seen a tremendous drop in passenger traffic, obviously because of the virus," explained Airport Director Brian Sprenger.

Two weeks before, the airport was full of eager passengers, but now there's not even enough passengers to fill a plane.

And according to Sprenger, some of those flights have the capability to hold 160 passengers.

The airport director thinks it's more than just fear keeping people away.

"Well, I think it's a combination of many things. All of the places that are closed now: resorts, theme parks, any kind of discretionary travel, has pretty much gone away. So, we're really getting close to the essesntial travel that's necessary for getting people to and from areas of the country on a necessity basis," he explained.

"The Govenor's order actually exempted airports from the order and allows us to potentially operate normally. But obviously, with much fewer passengers, it's not economically possible," Sprenger said.

One passenger says she enjoys not having a lot of people at the airport.

"Well yeah, it's easier. I mean look at the arrivals. Nobody's here. But yeah it is eerie. It's strange," said Bozeman resident, Monique Crawford.

As for the future of the airport, Sprenger says they will continue to operate and adjust as needed.