Collins sentenced for killing his wife with a frying pan

(BOZEMAN) Jake Collins, who pleaded guilty to killing his wife with a frying pan in January 2017, was sentenced on Monday to 105 years in the Montana State Prison.

Collins entered a plea agreement in August, just ahead of his scheduled trial on charges of deliberate homicide and tampering with evidence. 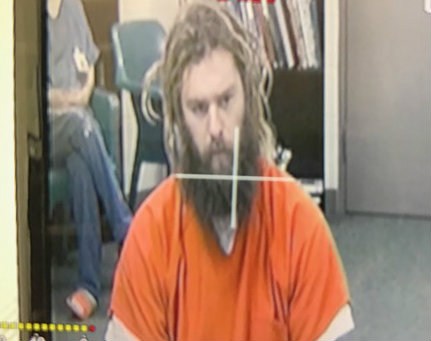 At Collins’ sentencing hearing in District Court on Monday, County Attorney Marty Lambert recommended a sentence of 110 years for the two counts combined, with an additional two years for a weapons enhancement.

Judge Holly Brown sentenced Collins to 85 years for the deliberate homicide charge, 10 years added for the weapons enhancement, and 10 years for the tampering with evidence charge.

Collins must serve each sentence consecutively with no time suspended.

According to court documents, in January 2017 he initially told police he hadn’t seen his wife Crystal since the two had a fight on New Year’s Eve.

Later, Collins admitted to hitting her repeatedly in the head with a cast-iron frying pan while she lay on their bed, and then using a knife to slit her throat.

Officers found Crystal’s body in the bed of his truck, hidden inside a sleeping bag with bloodied pillows. Children were home on the evening of the attack.

As part of his sentence, Collins must register as a violent offender, pay restitution fees, and he is to have no contact with the family of Crystal Collins.

(JANUARY 3, 2017) The man accused of killing his wife on New Year’s Eve reportedly told law enforcement that he killed her when he hit her with a cast iron frying pan in the head during a drunken fit of rage.

The murder allegedly happened while the couple’s three children, along with two other neighborhood children, slept in the home’s living room.

Jake W. Collins made an initial appearance in Justice Court this morning. He is being held on $750,000 bond and his next appearance will be Friday, Jan. 20, 2017.

Crystal Collins’ mother called law enforcement to report her daughter had been missing on Monday, Jan. 2, at 8:42 a.m. She was reportedly last seen between 3 and 4 a.m. on Sunday, Jan. 1, 2017 when Jake Collins told Gallatin County sheriff deputies she walked away from her residence in the Mountain View Trailer Park at 8628 Huffine Lane, just west of Bozeman.

Jake Collins told a deputy that he and his wife had gone to a New Year’s Party in Four Corners around 8 p.m. on Dec. 31, 2016, and left the party intoxicated in separate vehicles.

Jake Collins and his brother-in-law went to pick up his daughter who was babysitting when Crystal Collins reportedly passed them on the roadway, lost control of her vehicle and slid off the road.

He told investigators that he and his wife then had a physical dispute once back at their home which resulted in Crystal leaving the residence on foot. He reported he hadn’t seen or heard from her since 4 a.m.

When investigators came to the home later Monday they learned that Jake Collins had taken the couple’s children to Butte to Crystal Collins’ mother’s home.

Investigators then interviewed neighbors and children who had stayed the night for a sleepover at the victim’s home.

At approximately 5 p.m. Jake Collins met with investigators at the Law and Justice Center and agreed to answer questions about his missing wife.

He told investigators that he and his wife had a physical altercation that took place in the couple’s bedroom after they arrived home from the New Year’s party.

Investigators told Jake Collins that his statement was inconsistent and incorrect and asked him to recount what had happened.

Jake Collins then reportedly said that he had punched his wife several times and then allegedly admitted that he killed her in their bedroom. He said he struck Crystal in the head with a large cast iron frying pan while she was on the bed.

He provided additional details, including that he cleaned up the crime scene and attempted to dispose of the woman’s body.

Jake Collins provided law enforcement the location of his wife’s body, which a detective located soon after.

At approximately 8 p.m. Jake was placed under arrest for deliberate homicide.