Madison Murray of Corvallis was crowned Miss Montana 2017 on Saturday in Glendive.

She was crowned by Lauren Scofield, the reigning Miss Montana.

Murray’s platform is volunteerism – turning your passion into action.  She has traveled to Nicaragua three times to help impoverished neighborhoods.  Maddie sang "The Prayer" for her talent, and won the outstanding Interview and was a preliminary winner in both swimsuit and evening gown.

She won a $5,000 scholarship and will advance to Atlantic City, New Jersey, to compete in the Miss America Pageant in September.

First Runner up  with $2500 scholarship from Mid-Rivers Abigail Helland, 21, of Glasgow. 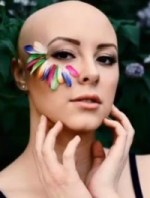 Alyssa Kessel of Glendive (left) was voted Montana’s Choice and received a $1000 scholarship.

Chosen most photogenic by Bohle Images, the official photographer for the week, was Jessica Criss of Bozeman, and for the Teens, they chose Halle Fatzinger of Bloomfield/Richey.

Jessica Criss of Havre was chosen by her peers as Miss Congeniality, for the second year sponsored by Guns N’ Things. Receiving the Spirit and Leader Award voted by the production crew, a $250 scholarship sponsored by Holden Electric was Abigail Helland.

On Friday night, Alexi Baisch of Glendive, 17, was crowned Miss Montana’s Outstanding Teen and will compete July 25-29 in Orlando at the national competition.