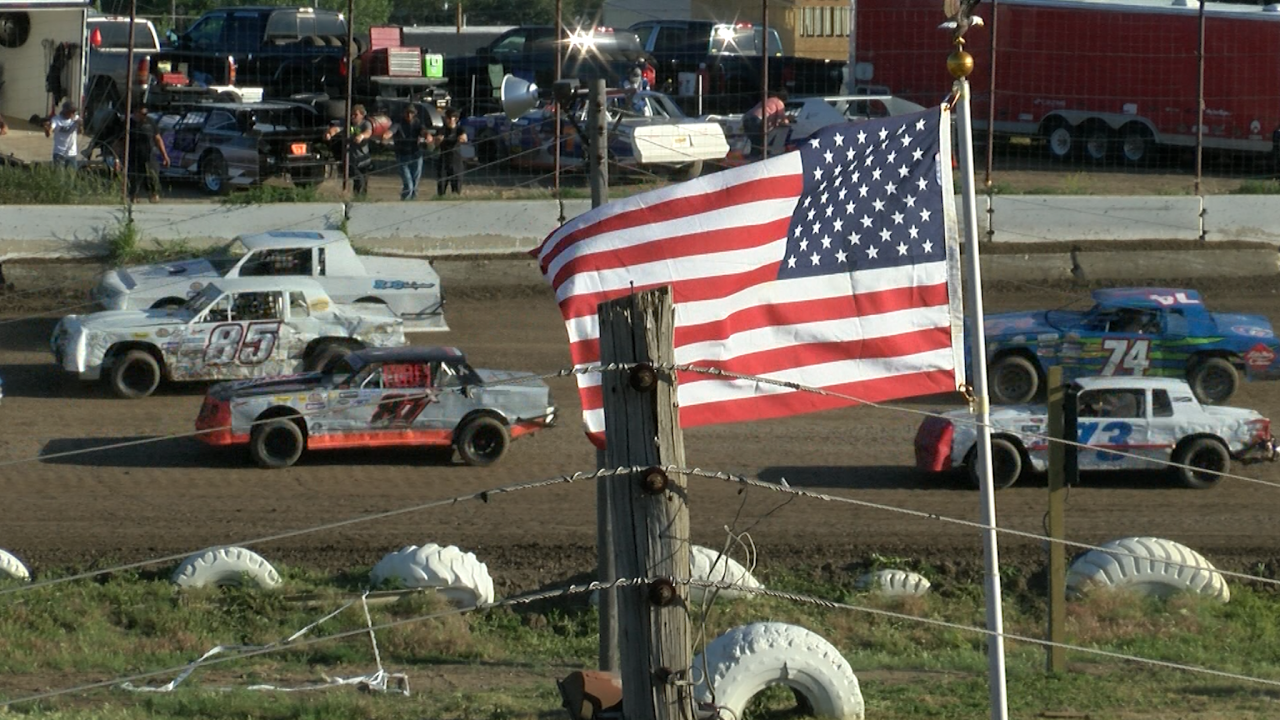 GREAT FALLS -- Dirt track racing returned to Great Falls earlier this month after a two-month hiatus due to the COVID-19 pandemic.

On Friday night the Electric City Speedway held its third race of the season with social distancing guidelines in place. Though the county health department approved an increase in spectators from 300 to 1,000, there’s still limited capacity in the stands and in the pits.

But the drivers are just happy to be back on the dirt track.

“They’re ecstatic,” said ECS promoter Steve Fowler. “We sold out 300 tickets in one day. Last week the county opened us up to hold 1,000 people in the stands. We weren’t there yet, but everything has gone well.”

The season was originally scheduled to start in April, and the uncertainty following the track shutdown took a toll on drivers. For Great Falls racer Patrick Lamere, his summers have revolved around racing for more than 20 years.

What makes it more special for Lamere is that he gets to share the track with his 14-year-old son Braidyn. After years working on his dad’s pit crew, Braidyn is finally old enough to race a car of his own.

“Just to be able to hang out with family and have something that connects us together,” he said.

Two weeks ago, Braidyn made his debut on his hometown track. And he made his dad proud.

“The first night here we had a really big car count and I was more nervous in that main event than (Braidyn) was,” Patrick said. “I had him start in the back because of all the cars, he made it up and finished right behind me. I finished second, he finished sixth in his first race.”

Braidyn’s rookie season comes under difficult circumstances during a pandemic where there’s still a lot of uncertainty about the season. But he’s savoring his time on the track.

“I wasn’t sure I was going to get the car out because of COVID,,” Braidyn said. “But now that we’re back out here it’s pretty fun.”

Racers will return to the track next Friday and Saturday, July 3-4 for their “Celebrate America” series. Tickets can be purchased at MyRacePass.com.