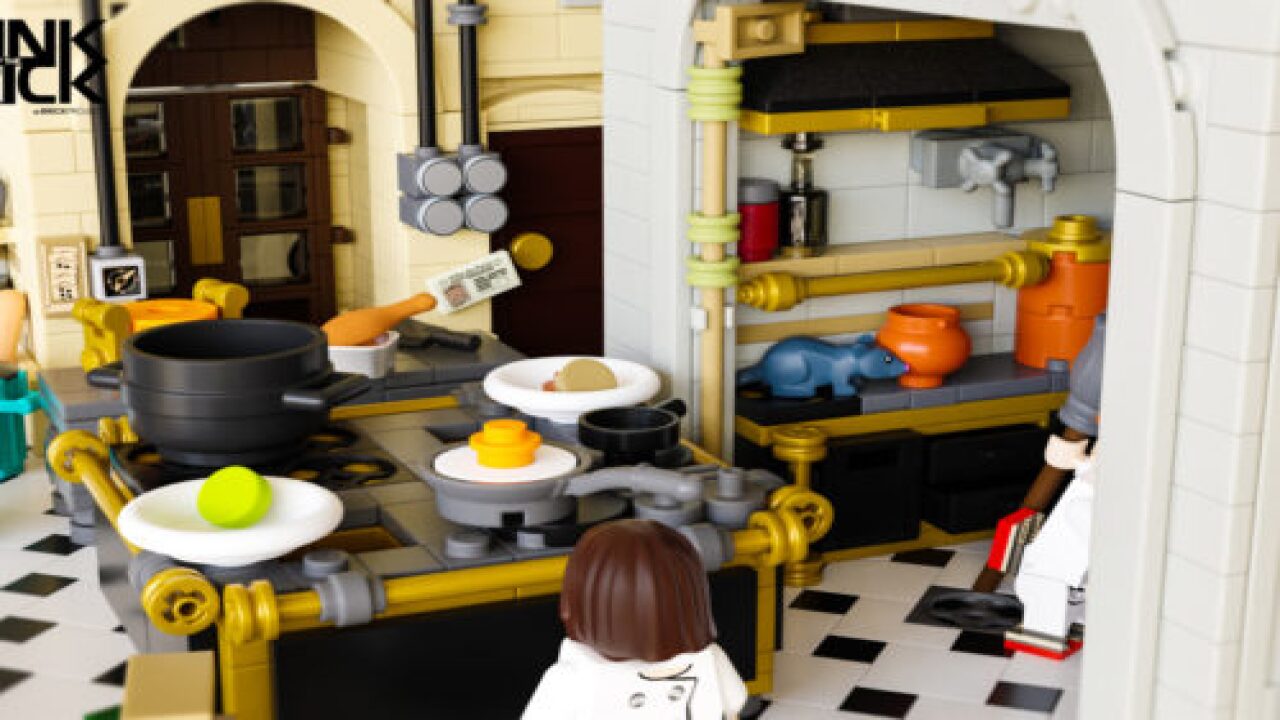 Whether you’re a child or an adult, it’s hard not to love Legos. You can spend hours of quiet time alone or with a friend building a masterpiece of your creation or following the instructions from a set .

If there’s a set you’d like that doesn’t actually exist, you can even submit your idea to a special website called Lego Ideas . The idea is then put up for a vote and, if the project gets 10,000 votes, Lego will consider issuing it as an actual set for sale!

We shared a story a few years ago of one such project that was in need of votes: the house from “A Christmas Story.” Now, there’s another proposed set that’s getting quite a bit of attention. It seems perfect for any Disney or Pixar fan who’s also into building Lego masterworks.

This “Ratatouille” set recreates Gusteau’s, the restaurant in the film, out of nearly 3,000 bricks. The proposed set would include the main central kitchen , Linguini’s cook place and the back entry of the kitchen, along with four mini figurines: Linguini Alfredo, Colette Tatou, Skinner and Anton Ego. There would also be a micro figurine of Rémy.

The creator of the set also added some “Easter eggs” in the build that are sure to please fans of the film, like a custom street sign called “Rue Ratatouille.”

There are also dozens of small details that make us squee, like plates, cookware, food and, of course, a rat. At the time of this story, the project had 3,437 votes and 593 days left to reach 10,000.

Take a look at a video showing the ins and outs of the set:

If you have ideas for a set, you can submit them on the Lego Ideas website . Will you be voting to make this “Ratatouille” set a reality?

This story originally appeared on Simplemost . Checkout Simplemost for other great tips and ideas to make the most out of life.

Related stories
Copyright 2020 Scripps Media, Inc. All rights reserved. This material may not be published, broadcast, rewritten, or redistributed.