(UPDATE, 7:45 p.m.)  MTN News has been notified that the Missing/Endangered Person Advisory for Delwin Calflooking Jr. is being canceled as of 7:38 p.m. Wednesday.

According to a statement from the Law Enforcement Online Enterprise Portal, Delwin Calflooking Jr. was found safe.

A Missing/Endangered Person Advisory has been issued for a 9-year-old boy last seen in Browning on May 13.

The Department of Justice reported Delwin Calflooking Jr. was pulled from school on May 13, 2019 by his father, Delwin Paul Calflooking Sr., and has not been seen since.

Delwin Jr. is believed to be in his father’s company in the Missoula area. There is concern for his safety.

Delwin Calflooking Jr. is a 9-year-old Native American male with black hair and brown eyes. He is 4’7″ and weighs 80 pounds.

Delwin Calflooking Sr. is a 37-year-old Native American male with green eyes and brown hair. He is 5’11” and weighs 185 pounds.

If you have any information about Delwin Calflooking Jr., please contact Shelby FBI Agent Steven Snyder at (301)325-9274 or call 911. 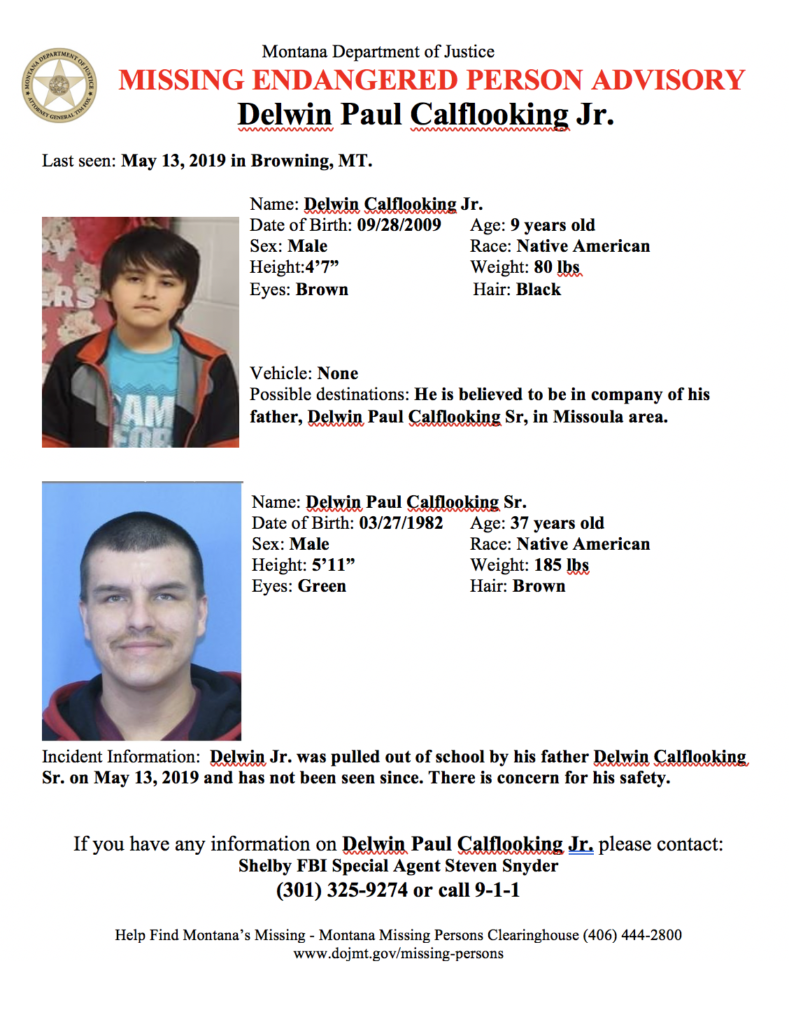